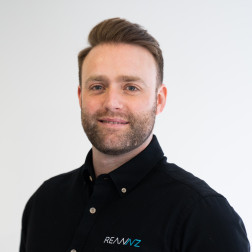 Aaron has 5 years of experience working as a network engineer and network architect for a regional ISP based in the Waikato which provides city speeds to thousands of rural households who previously had access to little more than dial­-up and satellite. Prior to this he studied at the University of Waikato, graduating in 2010 with a BCMS (Hons.) and performed research with the WAND network research group.

Out of hours Aaron can be found dabbling in a number of different sports. His particular passion is futsal in which he competes at a national league level.