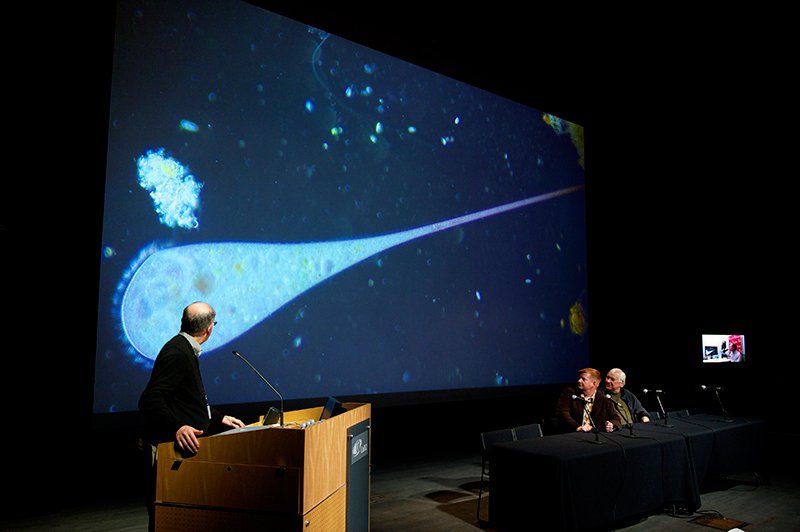 CineGrid organises network test beds and hosts a variety of experimental digital media projects and periodically organises inter-disciplinary workshops and demonstrations to share results and identify new avenues of research. CineGrid activities are designed to help members foster new user communities that are eager to share their cultural, technical and human creativity with colleagues across the globe, linked by CineGrid and its network members, such as REANNZ. Both organisations share the goal of education and training of next-generation digital media and network professionals.

“CineGrid means engineers and artists working together… artists need technology to express their vision and engineers need the artists to show them the unimagined in order to inspire them,” said Laurin Herr, CineGrid co-founder.

“Joining CineGrid is an important step forward for REANNZ and New Zealand,” added Steve Cotter, REANNZ CEO. “CineGrid has nearly 10 years of global leadership in advanced applications for research and education networks. They engage students and practitioners across broad sectors in entertainment, education and information technology. And the one thing common to all these innovations is that they operate on fast, reliable advanced networks, like REANNZ.”

REANNZ will take the lead in forming CineGrid NZ: a local chapter of CineGrid focused on the creation, use, distribution and preservation of extremely high-quality media on the network; pioneering new, collaborative workflows; and building a community of practice within industry and academia to exploit the proliferation of high-speed networking, grid and cloud computing and advanced imaging techniques for digital cinema, as well as for the science and engineering communities. There are local chapters of CineGrid in Amsterdam and Sao Paolo, Brazil, as well as the larger CineGrid community based in California.

“We welcome REANNZ to the CineGrid family,” said Natalie Van Osdol, co-founder of CineGrid. “Our network members are a key element to CineGrid’s success. They link us together with world-class networks and make our projects and demonstrations possible.”

CineGrid members include Disney Studios, the Electronic Visualisation Lab at the University of Illinois Chicago, USC School of Cinematic Arts, National Center for Supercomputing Applications, the Qualcomm Institute at the University of California San Diego and Lucasfilm.

REANNZ is the Crown-owned company that owns and operates a high-speed, unrestricted broadband network (known to many as KAREN) for the New Zealand education, research and innovation communities. REANNZ and CineGrid are actively seeking member partners for upcoming events such as eResearch NZ, GLIF 2015 and the CineGrid workshop to be held in San Diego in December 2015.