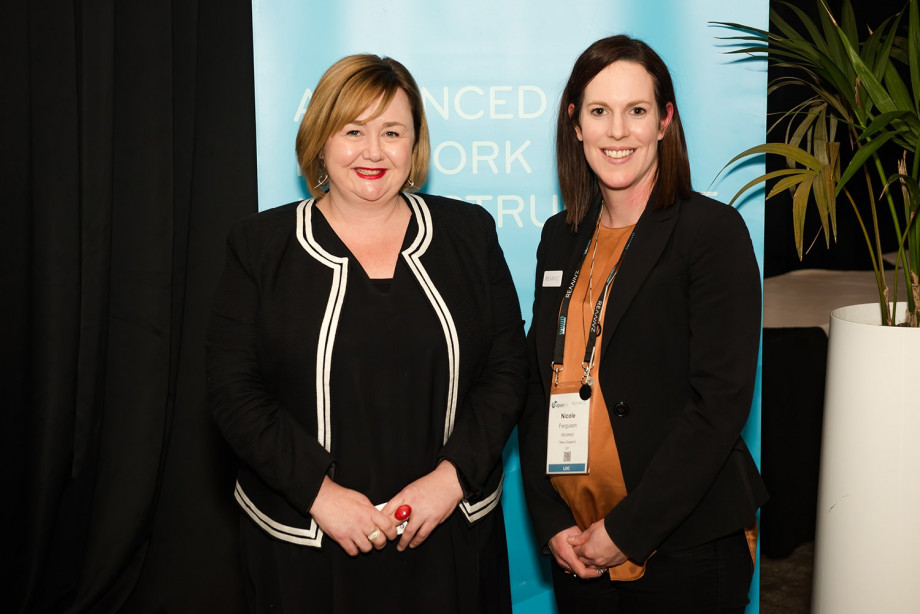 Specialist high-performance research and education networks are critical as they support and enable advanced research that benefits us all.

It was heartening to hear that message from the Minister of Research, Science and Innovation, Hon Dr Megan Woods, when she opened the recent Asia Pacific Advanced Network conference in Auckland.

REANNZ was proud to host this meeting of over 300 people from 29 national research and education networks (NRENs) comparable to REANNZ, representing some of the highest ranked universities, and largest and fastest growing economies in the world.

REANNZ is confident in the quality of our backbone network and international connectivity to support the research sector.

REANNZ’s network is specially configured to successfully manage huge research and education transfers, which differ markedly from enterprise or residential use.

Research traffic is big, bursty and unpredictable, potentially taking place over hours, days or weeks, and transfers of hundreds of gigabytes, terabytes and petabytes are common. Data integrity is also paramount and REANNZ actively monitors and measures any packet loss. Imagine the impact of data loss on a genomic sequence!

-       a commercial provider was unable to send a large research-grade dataset from New Zealand to Europe. Data transfer rates only reached 2.7 Gbps before failing entirely – see Figure 1 below.

-       in comparison, the same dataset was successfully sent over the REANNZ network over a six-hour period, reaching 9.98 Gbps and achieving a 99.9997% delivery quality – see Figure 2 below.

-       a 10 Gbps research connection transferred data to Australia at almost 100% efficiency in approximately one day. However, the same transfer through a commercial provider would take almost four times longer.

The performance testing report stated, “This highlights a systemic problem caused by the commercial realities of commodity service providers. It is not commercially viable to appropriately support the research community through commercial, commodity internet providers.”

A data transfer rate of only 2.7 Gbps was reached before the transfer failed entirely. 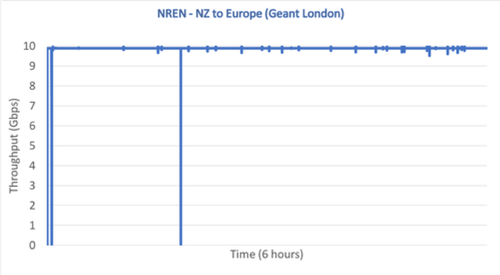 Comparative tests across the globe have replicated these same results.  At the recent NORDUnet conference, presenters showed how specialist research and education networks, like REANNZ, out-performed commercial providers when transferring data between London and Canberra. See the tweet below. 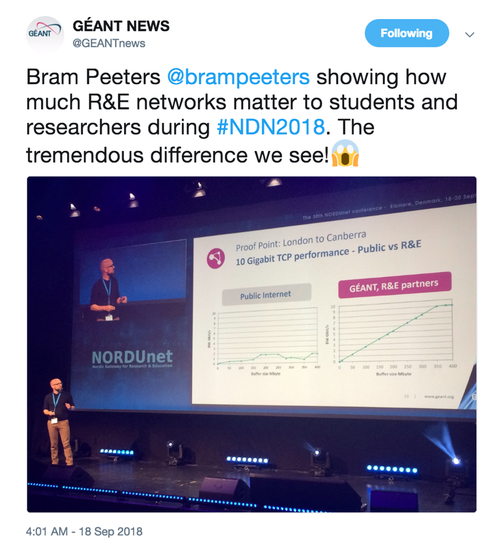 Just as our network needs to be finely tuned to meet researchers’ needs, so do our products, services and pricing model.  As signalled earlier this year we are working closely with core members from ITPs, CRIs and universities on a project to help review these settings. My thanks to them for their impressive engagement and commitment. In parallel, MBIE’s review of future connectivity for the research and higher education sector is now well underway. It’s expected these two streams will come together before the year’s end.

Finally, thank you all for your continued support for and commitment to a specialist, high-performing research network.

I wish you all well as I venture on parental leave next month. We are very fortunate to have Gerrit Bahlman joining the REANNZ team as Acting Chief Executive for the period of my leave (see his appointment announcement here). Gerrit has a strong history in Tertiary ICT as well as with NRENs globally and is looking forward to working with you all over the coming months.

I look forward to reconnecting with you all in mid 2019.